There are major new housing developments being built in Harrow town centre and Wealdstone. Harrow and Wealdstone town centres have good rail access to central London but congested, unpleasant roads, and poor conditions for walking and cycling. The new developments are an opportunity to bring about a major increase in walking and cycling if good infrastructure is provided.

The Mayor provides funding for area-wide improvements in walking and cycling through the Liveable Neighbourhoods programme. We suggest a set of low-traffic neighbourhoods in central Harrow and cycle tracks along major roads, as illustrated below. We have produced a booklet to promote the proposal to decision makers. 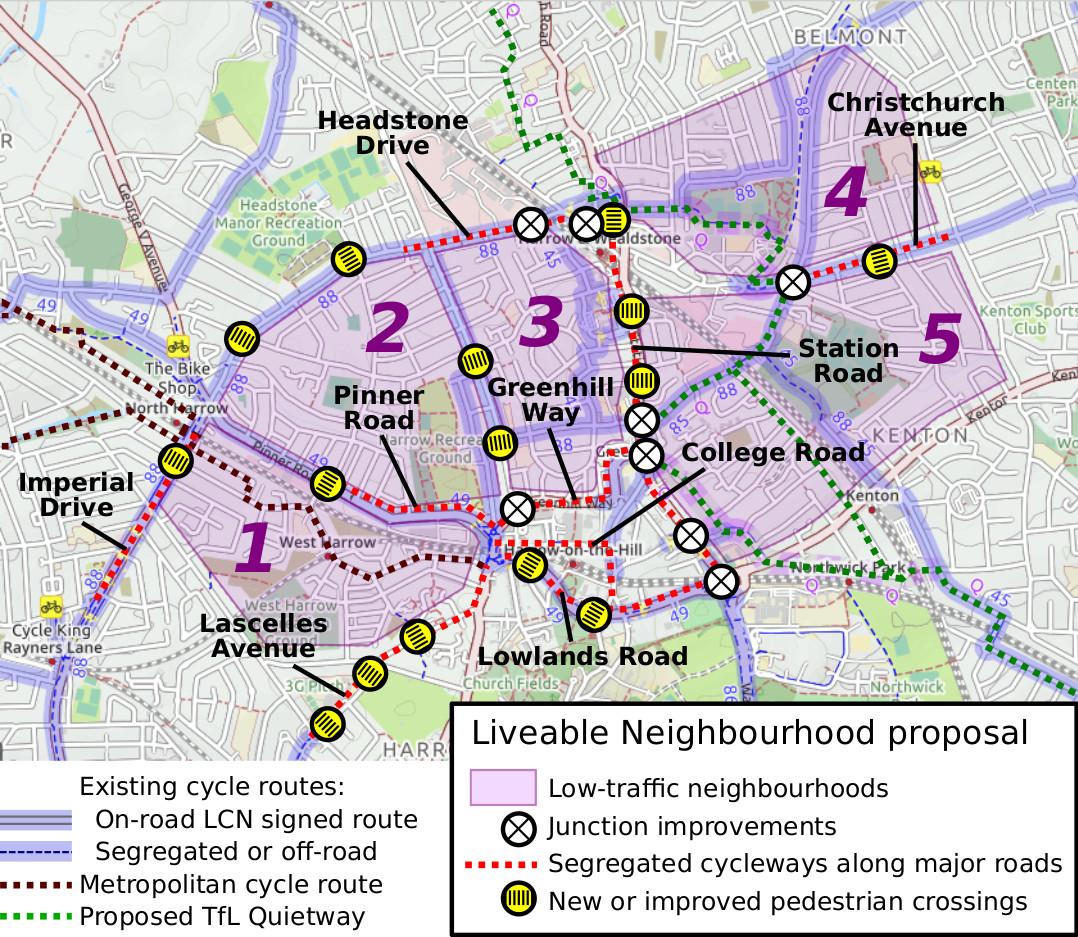 Improvements to major roads and junctions